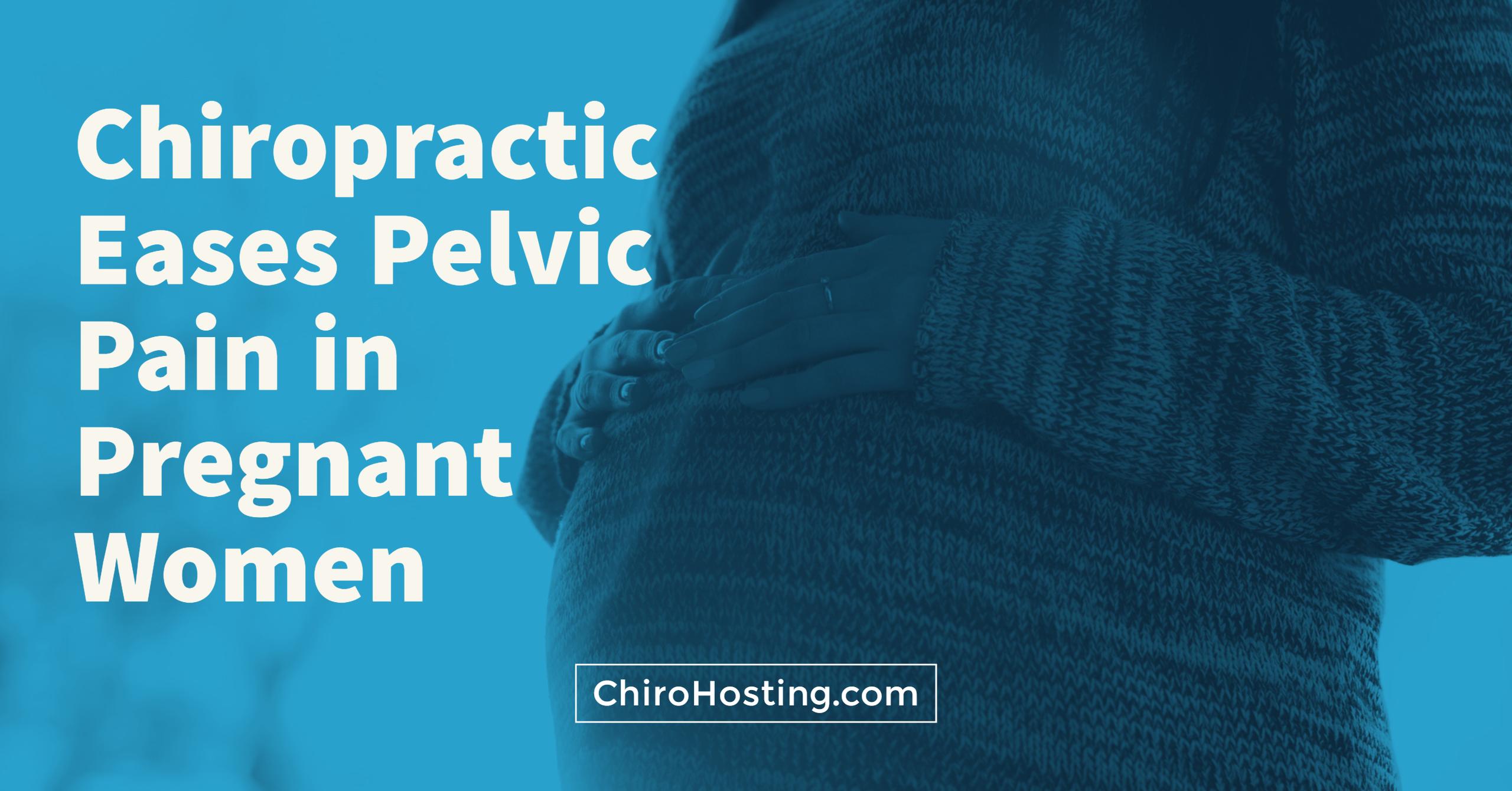 Aches and pains are common during pregnancy but that doesn't mean women should be forced to endure severe or even moderate musculoskeletal pain that's negatively affecting their quality of life. As many as 48-71% of women experience persistent pelvic pain during and after pregnancy, also known as symphysis pubis dysfunction (SPD). A new case study suggests that chiropractic can safely relieve pregnancy-related pelvic pain.

The study included case reports of two women, aged 35 and 32 years old, who began suffering from constant pelvic pain in their 30th week of pregnancy. One patient experienced back and pelvic pain that was so severe it was hard to walk, climb stairs, sit, get in and out of her car, or roll over in bed at night. The other women found it difficult to get dressed, turn, and stand on one leg.

Patients were advised to practice home care that included wearing a supportive pelvic belt, staying active, ice, and performing targeted therapeutic exercises. The treatment significantly reduced pelvic pain for both women. One patient's pelvic pain dissipated after delivery but the other patient began experiencing additional post-delivery pelvic pain. Her obstetrician attributed the increased pain to the use of forceps during the difficult delivery. The woman began receiving additional postpartum chiropractic treatment and performing new rehabilitative exercises. Within three visits to the chiropractor, the patient's pain subsided and had not returned at the two month follow-up visit.

The authors concluded that for these two cases, "reassurance, symptomatic care of the related structures and advice for self-care improved both patients’ symptoms and their quality of life." They wrote, "Pregnant patients require a gentle, drug-free alternative for treating their discomfort and chiropractic care offers a safe and effective treatment option." Other studies have shown that chiropractic can also alleviate back and sacroiliac joint pain related to pregnancy.