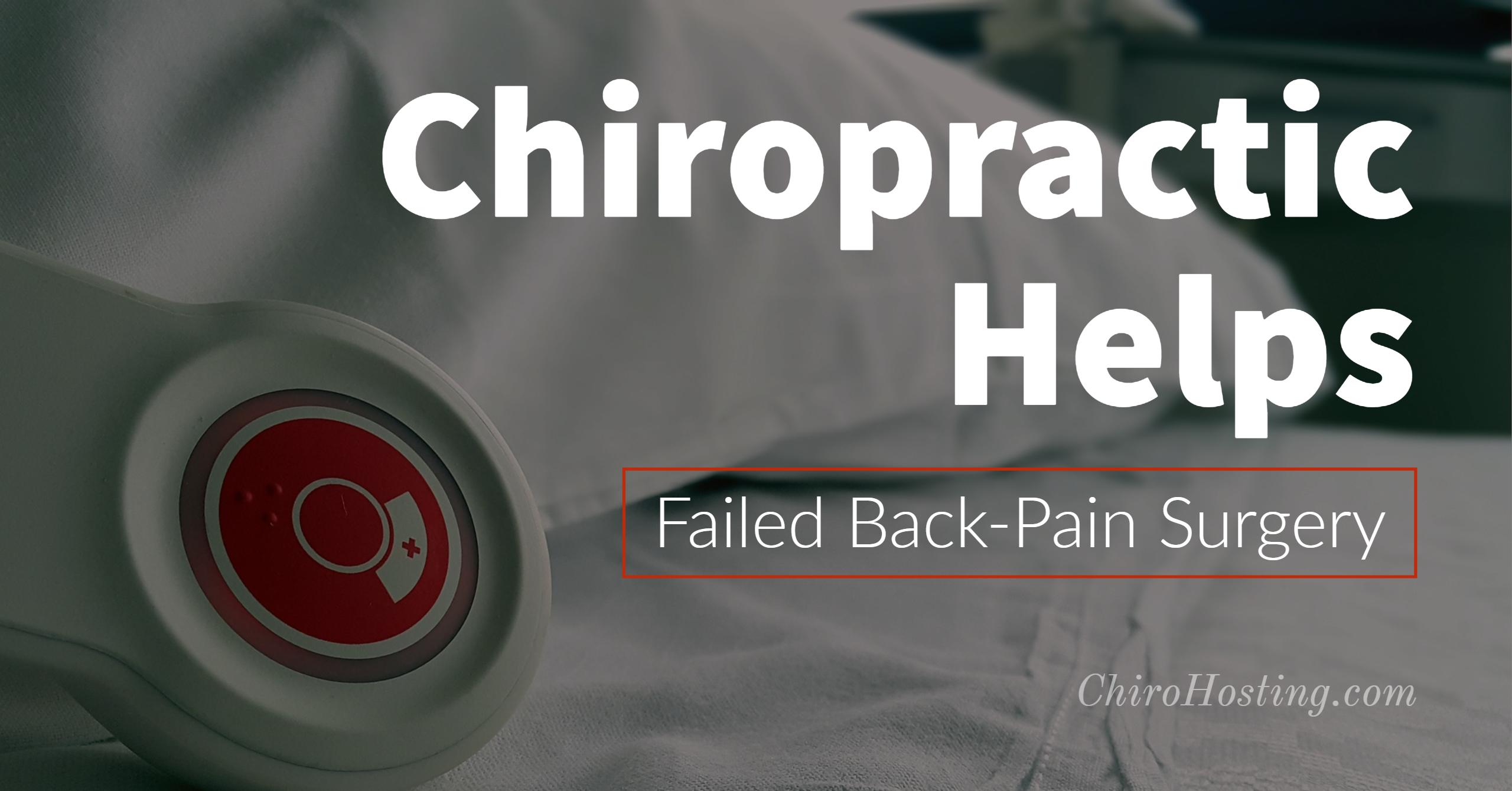 Up to 40% of patients who undergo back-pain surgery fail to improve after the initial operation.1 Unfortunately, many of these patients will go on to have second or third operations in attempts to correct the shortcomings of the first. Before resorting to additional surgery, many patients could benefit from non-surgical treatments. A recent small study suggests that chiropractic treatments could be a viable option for patients recovering from failed-back pain surgery syndrome.2

Manipulation under anesthesia (MUA) is a chiropractic procedure performed to increase patients' range of motion and reduce chronic pain levels. Although there are many studies on MUA, few have examined its success when used to treat chronic pain after failed back surgery.

Report on Manipulation Under Anesthesia

One recently-released report describes the cases of three patients who previously underwent unsuccessful spinal fusion surgery to treat disc herniation. After the surgery, their pain and disability levels did not improve. All three patients had chronic intractable pain and underwent serial MUA over 3 days.

Patients were in deep conscious sedation during the MUA sessions. It is believed that MUA has a greater impact on disk function than non-anesthetized chiropractic care because the anesthesia allows for more complete mobilization of the intervertebral disks, while pain limits range of motion when patients are awake.

Following MUA treatment, patients were enrolled in 8 week rehabilitation program that included physiotherapy. All three patients experienced significant improvements in pain and disability. These improvements were maintained through the 1-year follow-up visit, suggesting that this manual therapy could have a lasting impact on the flexibility of spinal joints or the function of the intervertebral disk.

Chiropractic May Help You

Chiropractic could be an effective, non-surgical alternative for failed surgery patients seeking to avoid the costs and risk of additional operations. Previous research has also found that chiropractic can prevent recurring back pain.