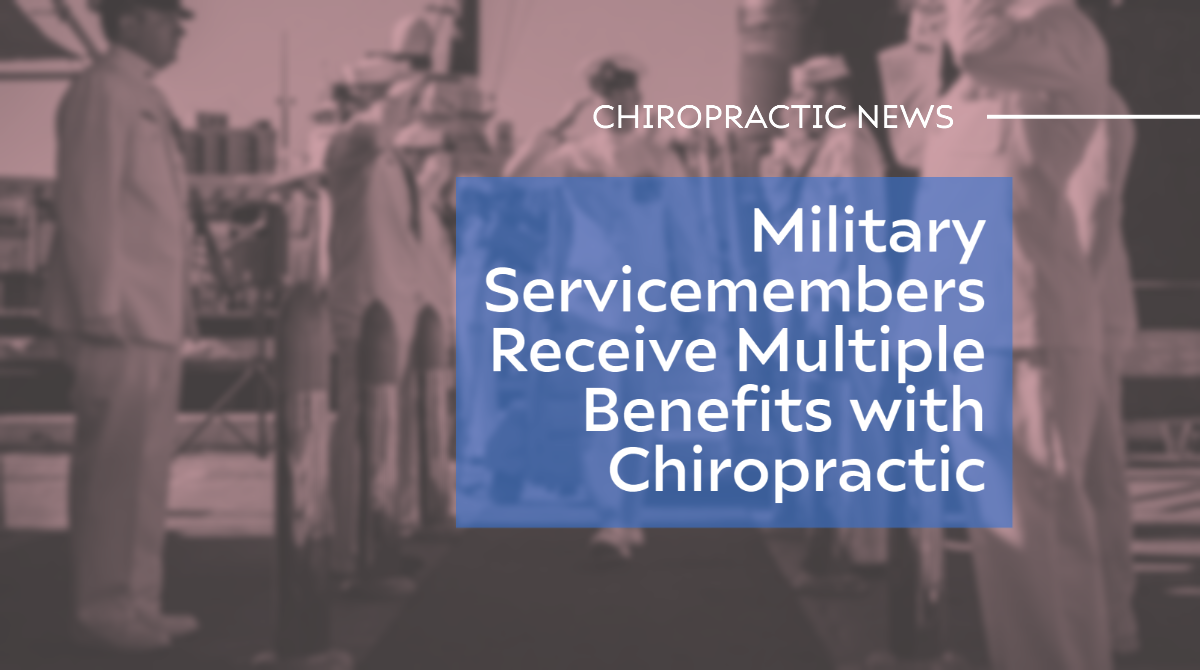 Active-duty military are known for their higher levels of physical activity. Whether training with heavy tactical backpacks or maneuvering physical obstacles in the line of duty, this increased level of high-intensity activity causes wear and tear on the spine, sometimes resulting in lower back pain. According to one study, chiropractic helps not only reduce this pain, but offers other benefits as well.

Published in the Journal of Alternative and Complementary Medicine in July of 2020, this study involved 110 active-duty between the ages of 18 and 40, each with a self-reported low back pain rating of two or greater on a 10-point scale within the prior 24 hours. Eighty-six of the participants indicated that this pain had been present for more than three months with 66 percent reporting that they had struggled with low back pain for more than a year.

During a four-week period, approximately half of the participants engaged in chiropractic care which consisted of a clinical evaluation, spinal manipulation, education, and advice for how to self-manage the pain. The exact number of visits varied by participant depending on their individual physical condition and the chiropractic professional’s scheduling availability. The other half went on a wait list and did not receive chiropractic.

Testing was conducted pre- and post-study to determine each servicemember’s level of pain while also assessing their strength, balance, and endurance. After four weeks, isometric pulling strength increased by 5.08 kgs in the group receiving chiropractic whereas this strength decreased by 7.43 kgs in the group that was wait listed. Researchers also noted that participants engaging in chiropractic also had “statistically significant differences” in endurance and balance when the eyes were closed.

This study further noted that participants’ back pain decreased as well. This finding is consistent with many previous studies, such as a piece of research published in JAMA Network Open in May of 2018 which concluded that, when added to usual medical care, chiropractic offers “moderate short-term improvements in low back pain intensity and disability in active-duty military personnel.”

This is especially important because other studies, such as one published by PLoS One in 2017, report that unspecified low back pain during military service also tends to predict low back pain later in life. This suggests that finding a way to reduce this pain now could potentially help reduce pain experienced years down the road, long after returning to civilian life. And it appears that chiropractic offers this relief.