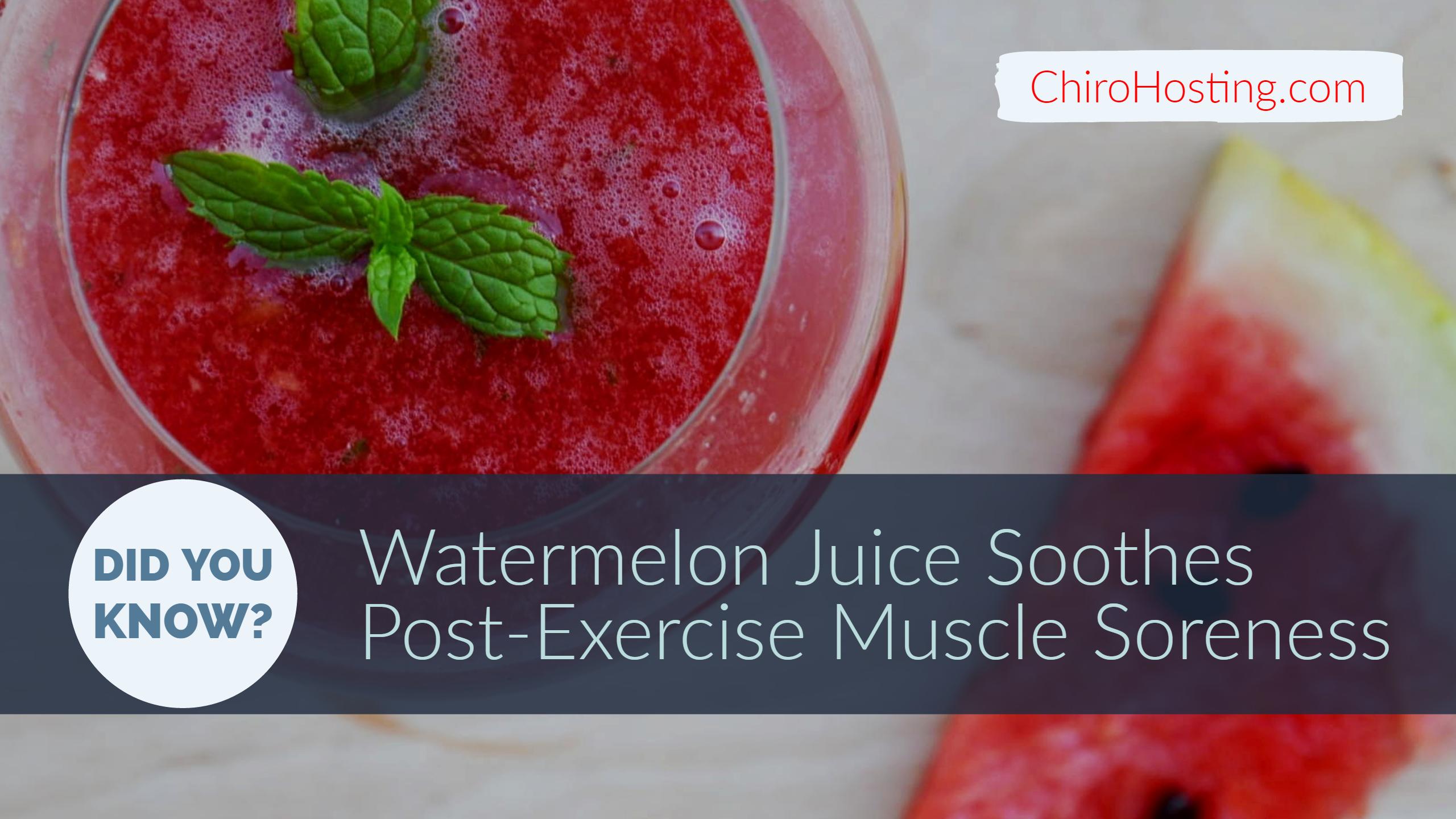 Stock up on your favorite summer fruit while you'll can: a new study found that watermelon juice can naturally alleviate muscle soreness after exercise.

Watermelon juice has previously been found to have antioxidant properties which may boost muscle protein and aide in athletic performance. The key to its effects lie in an amino acid known as L-citrulline.

Researchers publishing in the Journal of Agricultural and Food Chemistry sought to test the effects of watermelon juice on a group of healthy volunteers.  They wondered whether watermelon juice enriched with extra L-citrulline could be more beneficial than natural watermelon juice or control beverage. The volunteers drank one of the three beverages before exercise, and were tested for heart rate and muscles soreness 24 hours after their work out.

Both forms of watermelon juice, enriched and un-enriched, reduced muscle compared to the control beverage. The un-enriched, un-pasteurized juice actually appeared to be more bioavailable than the enriched juice, meaning it was easier for the body to access the amino acid L-citrulline.

Drinking watermelon juice is just one way to naturally prevent and relieve muscle soreness. Massage therapy was also found to assist the body in cell regeneration and recovery after vigorous exercise in one study. Pain medications, while they can relieve symptoms, may actually suppress the body's natural response to inflammation, which can prolong the pain of a difficult workout. A study last year showed that people who took an anti-inflammatory painkillers after vigorous exercise actually experienced longer periods of soreness compared to people who went drug-free.

Athletes looking for effective recovery after a workout may find better relief with non-drug options like massage therapy, chiropractic, and improved nutrition.