Is Chiropractic Safe for Children? 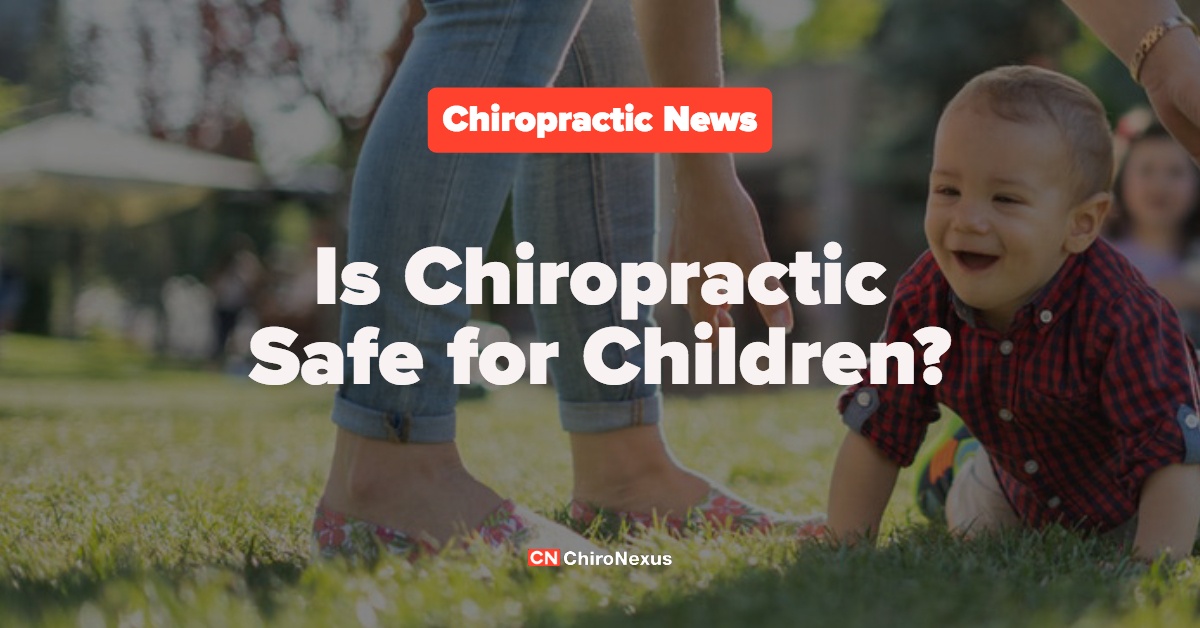 As adults, most of us are familiar with daily aches and pains. Unfortunately, research shows that children are just as likely to experience these problems as we are. Studies show that as many as half of all kids have weekly headaches or back pain.1,2 Some of the most common causes of musculoskeletal pain in children are sports, heavy backpacks, being overweight, scoliosis, and psychological stress.

These statistics are troubling, because studies show that pain in childhood and adolescence is likely to lead to chronic pain in adulthood.

Since many adults see chiropractors for musculoskeletal pain relief, it's not surprising that parents who benefit from chiropractic would also take their kids for adjustments. One survey of chiropractors found that about 10% of their patients were kids.3

To help parents make an informed decision, we're going to provide an overview of the studies and surveys that have been published in the scientific literature on the safety of pediatric chiropractic.

We're using four major studies that have looked specifically at adverse effects in children who have had chiropractic adjustments:

Chiropractic Care from Birth to Adolescence

This study4 was a survey of 956 European chiropractors from 2012. In this paper, 921 of the chiropractors reported an average of 21.5 children patients each month for a total of 19,821 pediatric patients per month in all of the clinics. In this group of doctors, about 8% of all their patients were under 18.

791 of the chiropractors reported some kind of 557 negative side effect in their pediatric patients. 534 (95.9%) of these were mild symptoms, 23 (4.1%) were moderate, and there were zero severe side effects.

The vast majority of adverse reactions reported were simple muscle soreness or stiffness after the adjustment that resolved within a few hours.

This was a retrospective study5 of 697 chiropractic patients under age three at a British teaching clinic over a period of three years. These children combined received 5,242 chiropractic adjustments during the study period.

This paper6 was published in 2015 by a group of Australian researchers. The authors did an exhaustive search of the published medical literature, looking specifically for serious injuries in children after spinal manipulation.

After screening over 17,000 articles, the researchers found a total of 12 articles that reported 15 serious adverse effects in children. These instances of serious injuries were all single case reports.

From this paper, the authors state that while injuries from spinal adjustments in children are exceedingly rare, it's important for doctors check for underlying issues that might be risky and to use less force on children because of their more delicate anatomy.

This is another review article7 that looked at 19 studies that explored the role of chiropractic in treating infants with colic. The papers spanned 26 years, and included seven randomized controlled trials and seven case series. The randomized, controlled studies were the most relevant, as they also provided adverse effects in children who received non-chiropractic care.

While we could certainly use more research on the safety of chiropractic adjustments in infants and children, the information we have now shows that it's very safe.

The vast majority of adverse events from chiropractic are limited to muscle soreness in older children and increase crying in infants.

Considering that since 1959, there are only 12 serious injuries reported in children from chiropractic care, that's a very, very low rate of injury.