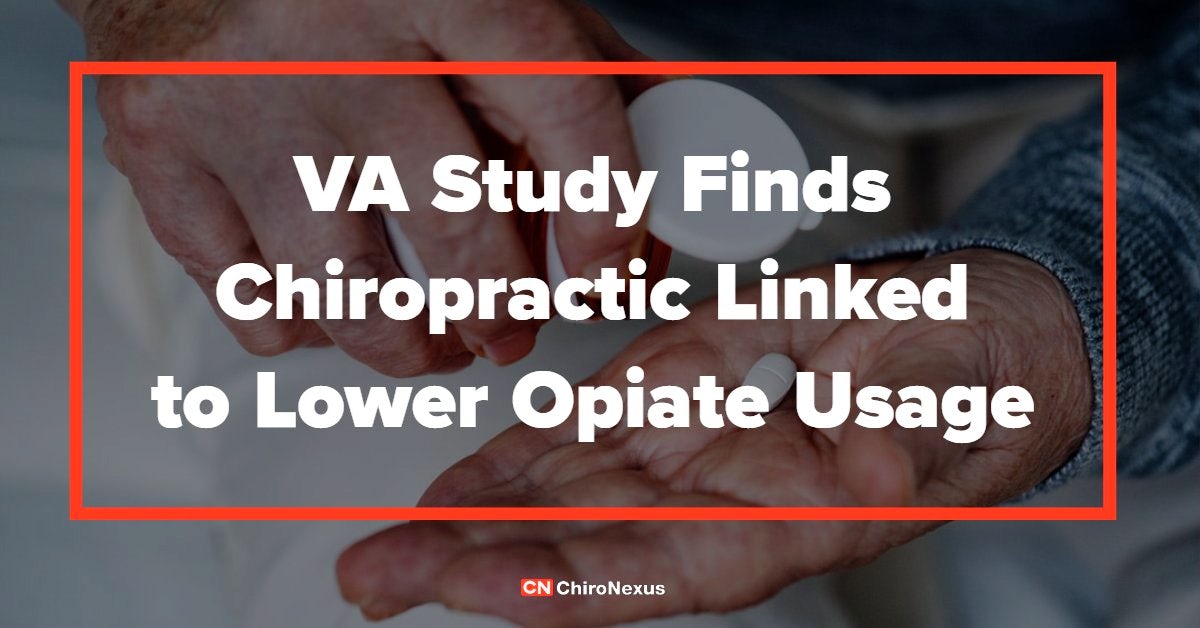 We’re all aware of the serious problem in the US with opiate addiction. According to the National Institute on Drug Abuse, 115 Americans die from opiate overdoses each day (about 43,000 a year), and we spend about $78 billion on the total costs of opiate abuse. Opioid addiction is crippling our economy and many communities.

Many people who become addicted to opiates are first introduced to them by doctors who prescribe them for chronic pain. A recent study in the American Journal of Psychiatry found that 60% of opioid overdoses first used these drugs when given a prescription for chronic, non-cancer pain: 59% of those patients were prescribed painkillers for chronic back pain and 24% were for chronic headache.

In summary: 36% of people who died from opioid overdoses were first given a narcotic because they had back pain.

Chiropractic: Working with the Root Cause of Pain

Chiropractic takes a different approach to pain by working to help the body repair the root cause of the problem rather than simply masking the symptoms, like opiates do. Remember: painkillers don’t repair injuries or damaged tissue; they simply stop the brain from processing pain, leaving the underlying problem. If the problem isn’t treated and the normal function isn’t restored to the body, the pain will return.

Numerous studies have found that chiropractic care is equally (or even more) effective than medical care for a variety of pain conditions, including back pain, sciatica, headache, and scoliosis. And since chiropractors don’t prescribe drugs or perform surgery, patients who get adjustments don’t have to worry about the negative side effects that come with these treatments...including addiction.

Even the American Medical Association has acknowledged that chiropractic adjustments should be a course of treatment before surgery is considered for back pain.

The US Department of Veterans Affairs has also seen the benefits of chiropractic care in the treatment of pain and, over the last few years, dramatically increased the utilization of chiropractic for veterans.

Now a new study1 from the VA looked at the relationship between chiropractic care and opioid consumption in returning veterans. In this study, the researchers looked at the health records of 14,000 individuals who had received at least one chiropractic adjustment. The authors found:

This is not the first study to show that chiropractic patients are less likely to use opiates.

It’s clear from our public health crisis that we need healthy, non-addictive solutions to chronic pain in the United States. Many people with pain are prescribed opiates when there are solutions that are just as effective and safer than drugs. According to the literature, it seems that chiropractic can play an important role in helping these patients.