Interview with Dr Brandon Harshe from The Atlas of Life 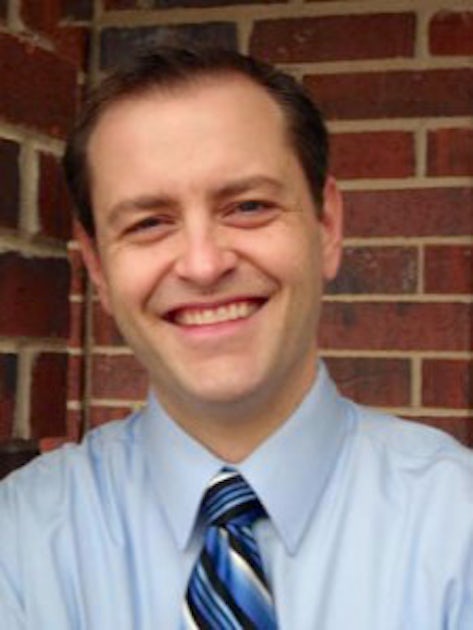 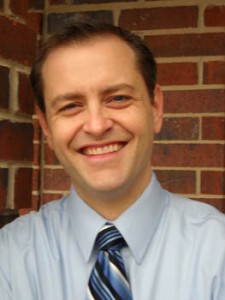 Recently, I've been collaborating with Dr Brandon Harshe over at The Atlas of Life, one of the most valuable and active chiropractic blogs on the internet. The quality of his articles and the consistency with which he produces them is amazing. The blog covers everything from inspirational chiropractic stories, to advice for young chiropractors, and even social media culture.

Rod Campbell: Hello, Dr. Harshe. I've been following your blog for several months now and really appreciate your work. The content and presentation make it one of the best chiropractic resources on the web. How long have you been a chiropractor?

Dr. Harshe: Thanks Rod, I appreciate the compliment. I've actually been a chiropractor less than a year. I walked the stage at graduation from Parker College of Chiropractic last August 15th. My official graduation date was September 9th, 2009. So, I'm coming up on a year of officially being graduated.

Rod Campbell: Why'd you decide to become a chiropractor?

Dr. Harshe: My wife talked me into it. Seriously. She wanted to go to chiropractic school and suggested we go together. My response was "No way! That's too hard!" Then when she surprised me with the news of being pregnant with our first child several months later, I realized I needed to do something with my life. I started rethinking that whole chiropractic thing.

Dr Harshe: Well, at one point I quit chiropractic school and never wanted anything to do with it ever again. I wasn't handling the stress well and didn't have any direction within chiropractic. So I quit and we moved back to Arizona. I worked in real estate with my wife's grandparents during that time, which was around the time the economy was taking a dive. Not much fun.

I had a dream on New Year's Day 2008 that I had gone back to Parker and was getting ready to finish the chiropractic program. It had a profound impact on me, so I decided to bring it up to my wife. Her jaw almost hit the floor when I told her. She thought I would never go back, because I always said I wouldn't. That was in January.

In April 2008, we sold pretty much everything we owned to move back to Dallas so I could return to chiropractic school in May. Quite a ride indeed.

But I shudder to think how it would have been had I not quit school. With no direction in chiropractic, I might not even be practicing right now.

Rod Campbell: As a chiropractor, what's your biggest day-to-day challenge?

Dr Harshe: There are 2 things. First, it's keeping my passion in check. Most people in our society don't know there is an alternative to drugs, surgeries, and invasive therapies. So if I start spouting off about chiropractic philosophy the first day new patients come in, they might turn around and run out.

Second, it's trying to learn as much as possible as fast as I can. I will be taking over a practice in a few months, but first I am currently training on how to actually run a successful chiropractic practice. From exams, to x-rays, to communication, to marketing, to finances, it's a ton. But it's also a blast. I couldn't imagine doing anything else right now.


Rod Campbell: The Atlas of Life is becoming a powerful chiropractic resource- where'd the idea come from? Is it challenging to continually produce great content?

Dr Harshe: When I quit school, I started to become interested in blogging/social media/internet marketing. I really enjoyed it a lot. I started reading blogs like problogger.net, doshdosh.com, shoemoney.com, johnchow.com, etc. I learned a lot about what made for a successful blog. I started a blog for my wife that I dreamed would make us a lot of money. I mean, if Darren Rowse of Problogger can make 6 figures a year from blogging, why can't I? Yeah... that didn't work out so well.

Overall, I have a really good time writing and maintaining the blog. I started it out posting 3x a week. Then I upped it to 5x a week. In March, I upped it to 7 days a week for the sake of getting as much info out on the web as I could. I know that the more I put out on the web, the higher The Atlas of Life will rank in the search engine rankings. Considering I want people to know about what chiropractic REALLY is (health and vitality, as opposed to just pain management), I figure I should get out as much information as possible.

Dr Harshe: I know a lot of chiropractors use Twitter and Facebook quite a bit now. Facebook has become a juggernaut. I personally use Facebook to promote The Atlas of Life. Once I start my own practice, I will use it to promote that very heavily.

Most people use the Internet to find their health care provider of choice, so as chiropractors we better use these tools. We will never become mainstream like medicine, so network or cable television and print media are out of the question. But we can utilize the Internet to really promote our profession and what we do effectively. Look at Howard Dean in 2004 and Ron Paul in 2008. No one knew who these guys were. Next thing you knew, these guys are in the conversation about winning the Presidency of United States.

So the moral of the story is that the Internet is vital for spreading the chiropractic message.

Rod Campbell: How about advice for chiropractic professionals who are new to the internet?

Brandon Harshe: Honestly, those chiropractors new to the Internet are probably very busy with their practices, so learning about all the stuff that I do, or that ChiroHosting does, is just too time consuming. Especially when you throw in family life, recreation, outside marketing, etc. Trust me... I know this first hand.

My advice would be to find a good company that can truly help you and guide you on how to effectively market yourself and your practice online. Chirohosting is a great company to do that. I've been very impressed with what they offer and how they do it.

Having had a number of interactions with ChiroHosting Marketing Director Rod Campbell lately, I can tell you this guy knows his stuff. Not only that, but he has a real passion to help chiropractors market themselves on the Internet, as opposed to just taking their money and giving them a sub-par product.

I would highly recommend using ChiroHosting to assist chiropractors in their internet marketing endeavors. They know what they're doing.

Thanks for reading, check out Brandon's blog (The Atlas of Life) and check back here for more interviews with modern chiropractic professionals!