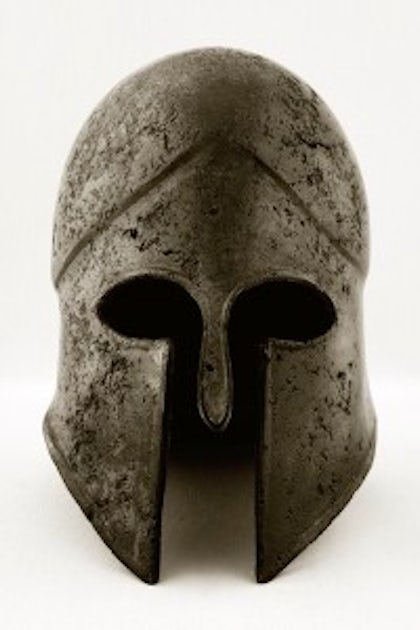 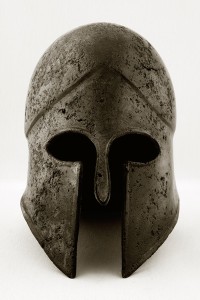 Achilles, the star of the Trojan war, was handsome, intelligent, vicious, and nearly invincible. His father was Peleus, the king of the Myrmidons who helped Heracles steal the Golden Fleece, and his mother was the silver-footed nymph Thetis -- one of the oldest deities in Greek mythology. In other words, he had killer genetics.

When Achilles was born, his mother carried him to the banks of the river Styx, lifted him by his heel, and dipped him in the water of immortality. This made every part of his body invulnerable to death, except his heel, which would eventually lead to his death during the Trojan war.

He was a fearless hero whose intense passion, loyalty, and sheer volatility continues to inspire the world. Regardless of whether or not he ever existed, Achilles has profoundly influenced the world we live in. Leaders like Alexander the Great and Mark Antony revered Achilles and modeled their lives in his image.

Why is Achilles so influential? What sparks of inspiration can we find in his legend to light our own fires today?

This isn't to say he always made the correct decisions, but he often threw caution to the wind and charged into seemingly impossible situations. He wasn't the strongest Greek warrior, but it was the strength of his conviction and his sheer ferocity that carried Achilles through most obstacles. Other heroes often faltered, deliberated, or needed to resort to trickery in order to succeed against impossible odds -- Achilles won because he made clear decisions, charged into battle, and fought like an animal. His victories were pure and noble because he never resorted to tricks.

In fact, he was so honest that he regularly turned friends into enemies and fought without supporters. A famous example was his relationship with king Agamemnon, the leader of the Greek army during the Trojan war. During the war, Achilles publicly disregarded king Agamemnon's authority and even temporarily withdrew his army from battle in protest, which nearly led to the destruction of Agamemnon's army. Achilles was unwilling to play political games, kiss asses, or lie -- which distinguished him from nearly every other Greek hero of the age.

Achilles' honesty was deeply rooted and sometimes debilitating, but it had significant advantages. His friends and warriors were intensely loyal to Achilles because they revered his honesty and integrity. One of the reasons Achilles emerged victorious in so many impossible battles was because his friends would willingly follow him past the gates of hell -- they had his back because they knew, without any doubt, that Achilles would have theirs. Honesty is a double-edged sword that can make your life difficult at times, but it's ultimately one of the greatest strengths. 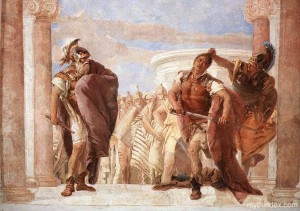 In order to fully appreciate Achilles, it's important that we compare him to another famous Greek hero -- Odysseus, the king of Ithaca. By contrast, Odysseus was a thoughtful and competent man who strategically calculated every move. He often buried his own ego, made careful sacrifices, and manipulated situations with superhuman political savvy in order to emerge victorious. Odysseus was a man who could put aside his own feelings in order to think logically. Achilles, on the other hand, was equally intelligent but was motivated entirely by his passions. The two most decisive moments in the Trojan war were a direct result of Achilles' passion. First, he withdrew from battle because Agamemnon stole a slave girl who he had fallen in love with; then he rejoined the battle after Patroclus, his friend and lover, was killed. These two moments defined the entire war and they were both motivated entirely by passion.

Achilles' passion was also a double-edged sword because, although it often caused trouble, it was also the fire that made Achilles invincible in battle. There were much stronger warriors in the Greek army (like Ajax) but none of them could match the sheer intensity of Achilles. He worked harder, fought harder, and endured longer than any other man. Unless you're an exceptional genius, you'll never win significant battles without intense passion.

The last three traits might have given you the impression that Achilles wasn't very bright, but nothing is further from the truth. Achilles was extremely intelligent and usually comprehended even the most complex situations. When he made foolish decisions, he was often aware of his own folly but unwilling to compromise. It was this intelligence that makes Achilles an ironic and tragic character. Even before the start of the Trojan war Achilles knew he would ultimately die, but he chose that destiny in exchange for immortal fame. To a lesser man this decision might have seemed foolish and emotional, but time has ultimately proven Achilles right.

Intelligence is the trait that pulls everything else together. Without intelligence, passion and honesty are ultimately foolishness. Likewise, intelligence is crippled without passion, honesty, and decisiveness.

You may not be fighting in the Trojan war, but there are moments in all of our lives that feel like we're wrestling against fate. By continually pursuing self improvement and modeling ourselves after historical titans, we prepare ourselves for our own battles -- regardless of whether they're against river gods, business obstacles, or unruly children. The magnitude of these battles can feel identical to Trojan onslaughts and by cultivating ourselves in the image of these mythical heroes, we can improve our odds of succeeding -- even against the impossible.

Roderick Campbell is the Marketing Director at ChiroHosting and a history buff. He makes no claims about the veracity of these analogies, they're just an easy way to explore complex ideas. If you have any questions, responses, or addendums, you're more than welcome to leave a comment!