Chiropractic More Cost-Effective than Physical Therapy for Back Pain 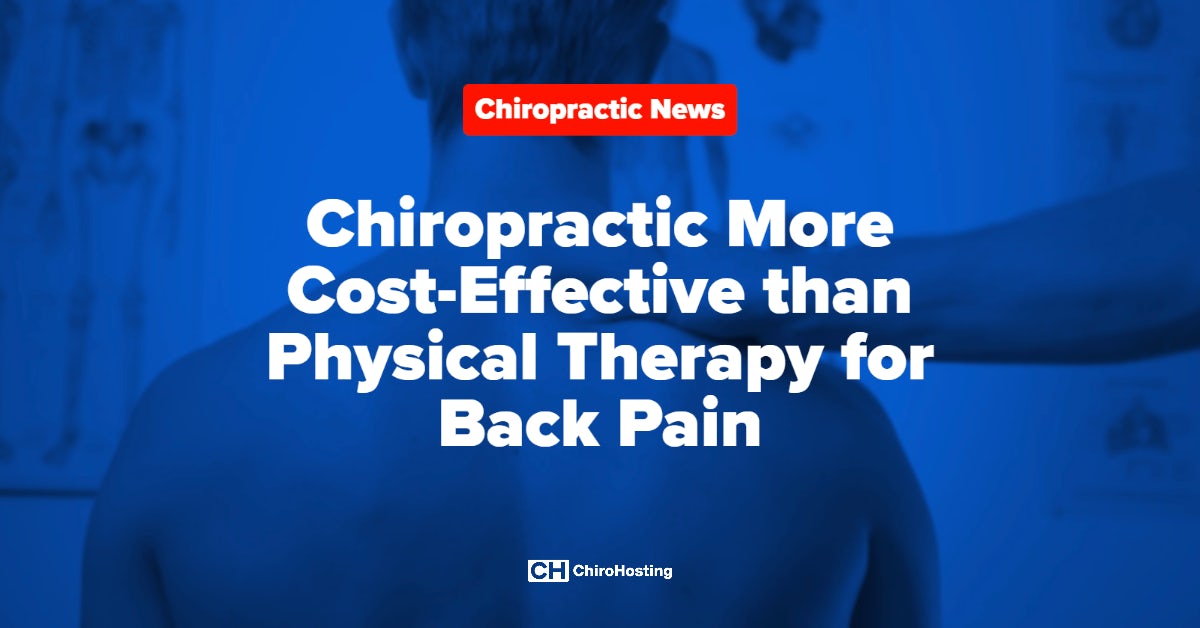 Four in five Americans experience low back pain at some point in their lives says the Cleveland Clinic. Additionally, it is 45 to 64-year-olds who develop pain in this area of the body at higher rates.

Whether this low back pain is a result of illness, injury, or a musculoskeletal condition, chiropractic is an effective and affordable option for treatment and preventing future episodes of pain.

A randomized controlled trial published in Topics in Integrative Health Care in 2015 reported similar results, further noting that both treatment modalities provided “statistically and clinically significant improvements in pain” at 6 and 12 weeks.

If both chiropractic and physical therapy provide similar outcomes, the next question is whether one is more cost-effective than the other. According to a newly released piece of research, chiropractic wins in this area.

Chiropractic Is the More Cost-Effective Choice

A researcher from Texas A & M University’s Department of Health Policy and Management recently analyzed four studies examining the cost-effectiveness of chiropractic and physiotherapy. The results were published in February 2020, which state that, over a six month period, the mean cost of chiropractic is lower.

Specifically, when patients engage in physiotherapy for six months, the average cost is $459.45. However, when patients engage in chiropractic for the same length of time, the average cost is $410.89. This is a savings of $48.56. Copayments were not considered for this evaluation, but included an estimation of both direct and indirect costs covered by the patient’s health insurance provider.

What This Means Big Picture

This may not seem to be a large difference, but it can really add up when it comes to reducing the $3.6 trillion spent in healthcare each year.

For example, as of July 1, 2019, the population in the U.S. was just over 328.2 million. If four in five Americans experience low back pain, this is approximately 262.6 million people. And if each person engaged in chiropractic care versus physical therapy for six months, this equates to a total savings of $12.75 billion.

Ultimately, this can save our nation—and our healthcare systems—a tremendous amount of money over time.