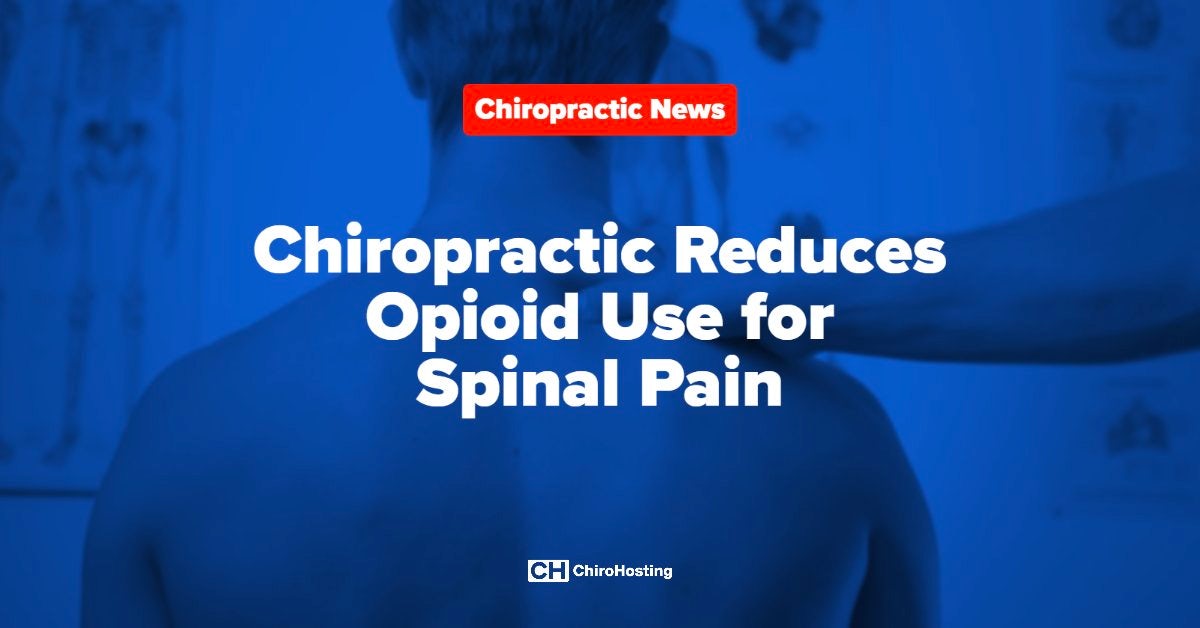 Almost 70 percent of the 69,029 drug overdose deaths occurring between March 2018 and February 2019 were a result of taking too many opioids according to the Centers for Disease Control and Prevention (CDC).

Though this particular statistic is troubling on its own—especially for the family, friends, and loved ones of the individuals who lost their lives—the CDC goes on to add that “even as the amount of opioids prescribed and sold for pain has increased, the amount of pain that Americans report has not similarly changed.”

So, even though this category of drugs is killing a large number of people each year, legally prescribed options aren’t serving their number one purpose: pain control. Now a new study indicates that chiropractic may be an effective alternative for actually reducing these patients’ reliance on prescription pain medications.

Chiropractic, Spinal Pain, and Opioid Use

In March 2020, the journal Pain Medicine published a retrospective cohort study which set out to learn more about the impact of chiropractic intervention on spinal pain patients and their use of opioid-based prescription drugs.

To do this, the authors looked at all health claims submitted in the states of Connecticut, Massachusetts, and New Hampshire from 2012 to 2017. Patients included in this study were between the ages of 18 and 84 who were diagnosed with spinal pain disorder. They were all also enrolled in some type of health plan and had seen a primary care physician, chiropractor, or both at least twice within three months.

In total, 101,221 patients met these criteria and were split into one of two categories. The first category included patients who received care via a primary care physician and a doctor of chiropractic. The second group consisted of those who received primary care only.

After analyzing the data, researchers noted that spinal pain patients who engaged with chiropractic care “had half the risk of filling an opioid prescription” over the next six years. Additionally, this risk was lowest among individuals who sought chiropractic treatment within 30 days of being diagnosed.

Reducing Opioid Use with Chiropractic Care

This study suggests that patients with spinal pain can potentially reduce their likelihood of being prescribed opioid drugs by engaging in chiropractic shortly after being diagnosed.

By not starting any type of opioid regimen, they’re also less exposed to the risk of developing an addiction to these drugs. An addiction that could lead to an overdose-related death.