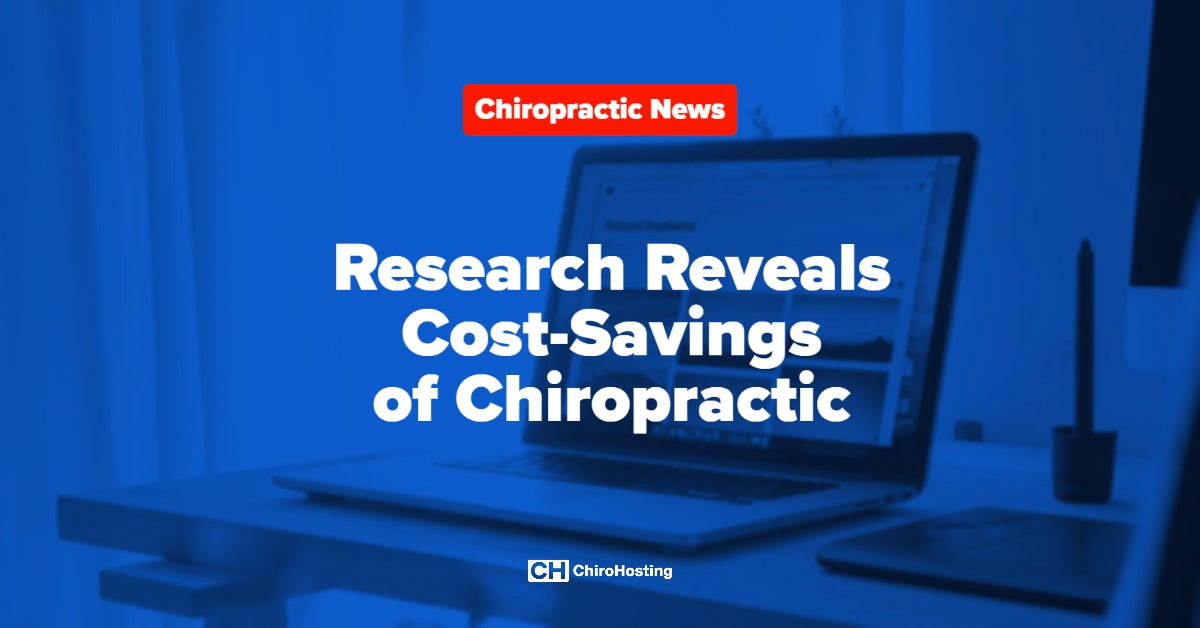 In 2018, we as a nation spent $3.6 trillion on healthcare expenses according to data reported by the Centers for Medicare & Medicaid Services (CMS). This includes monies spent on private health insurance, Medicare, and Medicaid, as well as out of pocket spending, prescription drug spending, and expenditures related to hospital stays, physician, and clinical services.

The CMS further states that these costs are expected to grow by 5.5 percent per year, almost doubling by the year 2027, when they are anticipated to reach almost $6 trillion. New research shows that one way to potentially drive down these costs is by allowing our top healthcare systems to cover chiropractic care services.

In December 2019, the Journal of Chiropractic Humanities published a study designed to assess whether Medicaid costs in the state of Missouri could be lowered by providing recipients chiropractic care benefits. This is important since the decision to provide chiropractic coverage is ultimately determined by the benefits it provides versus its cost.

In this study, the authors used a dynamic scoring approach to determine the true cost of adding doctors of chiropractic (DCs) under Missouri Medicaid. This varies from the static scoring method that had been previously used before.

For instance, if a law was passed that your pay was to be cut by $5 per hour, static scoring would only look at the impact this would have on the federal, state, and local budgets. Dynamic scoring, on the other hand, would also look at how your behaviors would potentially change due to this new law. Changes that would likely include going out to eat less, reducing your household expenses, and maybe even choosing a lesser insurance plan to help offset the loss.

This study found a number of errors and shortcomings with dynamic scoring which were misleading the state, making it harder for its healthcare leaders to see the value that chiropractic has to offer from a cost perspective. Costs that revealed that if chiropractic was covered, it could save the Medicaid system as much as $49.2 million per year.

These savings can be broken down into three categories: