How Patients Use Online Reviews When Choosing Their Chiropractor 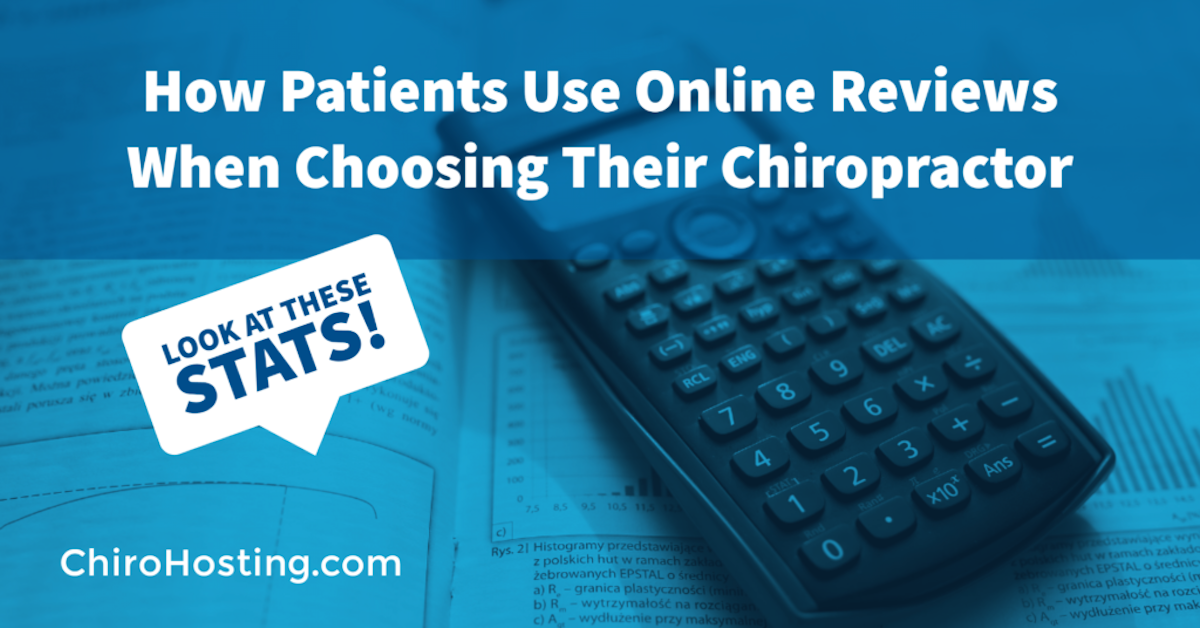 There are many reasons behind why people are using online reviews to help them determine which businesses and business professionals are worthy of their hard-earned cash. Among them is that online reviews are a form of social proof. Social proof is when someone takes other people’s opinions as a sort of “proof” as to whether or not the business will offer them a good or bad experience. In fact, online reviews are one of the most important components of your chiropractic marketing success.

Online Reviews Are the New Referral

By choosing a service provider with a positive online presence, people feel better about their decision as to where to spend their money. It’s similar to how they use Consumer Reports to help them pick out the best computer printer, camera, or other electronic device. The majority rules. And they’re usually willing to pay a little more for the brands and products listed because they have such great reviews. They feel that they’re worth the investment.

Additionally, if someone is new to a particular geographic area and has no one to ask for recommendations, online reviews serve as a valuable resource. Even though the people writing them are unknown to the viewer, it gives him or her a baseline, some sort of reference to use when searching for businesses that seem to be favored by area residents.

What People Look For in Online Reviews

When reading these online reviews, people tend to look for different things to help them come to their own conclusion as to whether or not the review is believable or not, thus making it worthy of their attention. BrightLocal’s survey found that there were two factors that readers looked at most:

Other factors that the people considered when looking at online reviews included: the total number of reviews posted (44%), what was actually stated in the reviews (38%), and whether the business responded to the reviews (26%).

*As a side note, if the business was deemed both reliable and professional, these were the top two factors which contributed to a person’s decision to make a recommendation of their own.

Overall, 68% of the people surveyed reported that positive customer reviews helped them gain more trust in the business, with 58% indicating that they’re more likely to choose a business if it has good online reviews. But that isn’t the only reason you should be paying attention to what others are saying about you.